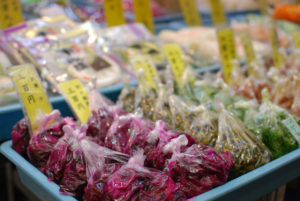 There is a large space in the northwest of Nayamachi shopping district where beautiful flowers are visibly lined up.

The “Nakamura Flower and Pickled Goods Store” opened in 1954. Originally, the shop’s predecessor, who was a professor of ikebana (flower arrangement) “senkeiryu”, relocated the flower shop to Nayamachi shopping district from its original location on the Kaigetsukyo bridge in Fushimi, Kyoto and started selling pickled goods there as well. Currently, the right side of the store is occupied by pickled items that are in season and on the left side, seasonal flowers can be seen lined up in the store. The current owner is the second generation shop keeper of the store.
[Pickled goods refer to fermented and preserved foods, which originally have no expiration dates. Also, the taste changes depending on the person who did the pickling.]

The original owner and the second generation shop keeper, Mr. Nakamura, have been “mixing” the rice bran continuously since the store was first established 62 years ago. The handmade rice bran’s flavor is said to have a “taste” that surpasses even all eras. The “fungus” used in creating the bran represents their store’s ultimate “taste”.

The “pickled goods” in the old days of Japan refer to fermented and preserved foods which originally have no expiration dates. But most of the pickled goods that are consumed in households nowadays are “lightly pickled vegetables” and are different from the pickled goods made during the older periods. There are distinct differences in the pickled cucumbers made by the Nakamura store (which have been pickled for more than half a month), but there is a refreshing taste at first bite, which gradually morphs into a sour, deep flavor that spreads across your mouth the more you chew on it. It is the unique feature of their pickled goods to have that deep, rich flavor. “I think the reason why old people are so healthy is because they eat these kinds of foods (fermented foods),” says Mr. Nakamura. It is said that pickles are good for health and eating them with rice increases one’s immunity. All ingredients in the shop are handpicked by Mr. Nakamura himself or a trustworthy wholesaler who knows how to handpick the best, top-of-the-line ingredients.

The recommended pickled goods are different in every season and for summer, the recommended vegetable is cucumber while in autumn, the recommended pickles are white lilies and radish leaves. In the winter, the most delicious pickles are nukazuke (pickled veggies in rice bran), senmaizuke (Kyoto pickled seasoned turnip that are seasoned with seaweed, sugar, brewed vinegar, etc.) and suguki (Kyoto pickled stalk of turnip-like vegetable). Other rare pickled goods in the store are pickled green peppers, the nostalgic “yorozuke” (dried radish pickled in rice bran), and sake that is present in most Fushimi breweries such as sake-kasu (sake lees) and kobore-ume (“fallen plum” / mirin lees). You can also enjoy fermented foods that have been supporting the Fushimi food culture in this store. 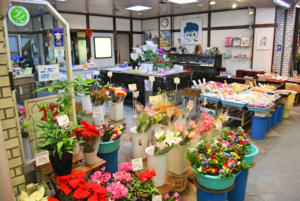 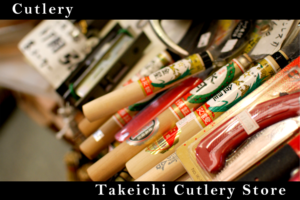